No such thing as a dumb question. 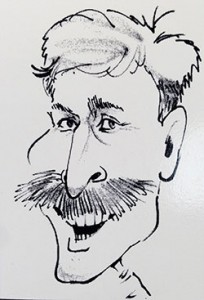 We don’t come into the world knowing all the answers. So, growing up, we ask a lot of questions in order to figure things out and solve the problems we face. The problems and mysteries get more complex as we get older and we ask more complex questions. A friend of mine once named his cat Askim so that whenever people asked what his cat’s name was, he would say: Askim. Most of you will get that joke. Others may just ask, why am I reading this? That is not necessarily a dumb question.

We have been told our entire lives that there is no such thing as a dumb question and it is true (except, perhaps, for the askim reference). Asking questions and solving problems is the entrepreneurial approach to life and it comes naturally to young children. It is the way we learn, it is the way we grow, it is the way we understand the world and it is the way we sustain that entrepreneurial mindset. There’s an old saying: “If you ask a question it makes you look stupid for five minutes – but if you don’t ask – you stay stupid for 50 years.” Many children simply cannot help themselves; they ask a stream of questions of those around them who know more than they do.  At times, it can be downright annoying.

Really, when you think about it, humans are the only species that can ask questions. Birds fly, fish swim, cats… well, cats, who knows what cats do? But humans ask questions to learn about the world around them so they can learn, survive and succeed.

As we age, we lose the skill of constantly posing questions. We abandon that natural tendency and it is an absolute tragedy that we do. Eric Schmidt, CEO of Google, once said, “We run this company on questions, not answers.” Successful entrepreneurs are those people who never stop asking questions. They ask their friends, their customers and, if they are lucky enough to find one, they ask their mentors so that they can continue to improve their product, solve problems and remain competitive.

When is advice truly as good as money? Getting information from a mentor in the startup stage is more important to an entrepreneur than getting access to capital.

Mentoring is not a new concept on the economic scene.  It has been around exactly in the same way since ancient times. The word “mentor” was inspired by the character of Mentor in Homer’s Odyssey. Though the actual Mentor in the story is a somewhat ineffective old man, – the goddess Athena takes on his appearance in order to guide young Telemachus in his time of difficulty. (Don’t I sound smart?) Old proof that the mentoring role can successfully be shifted around to many different people depending on circumstances. (No I never read the Homer’s Odyssey but I was smart enough to ask Wikipedia, the next best thing to a mentor).

Every successful entrepreneur has had a valuable mentor that is a believer that there is no such thing as a stupid question. Bill Gates had Warren Buffet, Richard Branson had Freddy Laker, Luke Skywalker had Obi-Wan Kenobi. Obi-Wan was not a guru, he was a mentor. Mr. Miyagi was a mentor to The Karate Kid. Where would Bruce Wayne be without his mentor Alfred? And it all started with the desire to ask questions.

More hopeful numbers tell us that 49% of pre-launch businesses that received some kind of mentoring – and there is no textbook to this, thus the great unique stories in movies – actually started their own enterprises. Even better, 82% survived for up to two years. That’s 13% higher than the average new business survival rate in the United States.

Starting up something, anything – a treehouse, a lemonade stand, a small business – requires questions as fast as one can ask them and answers just as fast. A recent study conducted by Deloitte revealed that 70% of Millennials want to start their own business, preferring to work independently rather than in the traditional business environment. In stark contrast, Global Entrepreneurship Monitor reports that only 29% of Americans even know an entrepreneur. That number is probably lower for Millennials. This has diminished from 43% in 2001.  What can economic development professionals do about this? Do we have answers? Where do I start? (That’s three questions in one paragraph. Read on grasshoppers for answers!!!)

One thing economic developers can do is maintain a list of people in the community or region that would be willing to be mentors to the next generation of entrepreneurs. Mentors need to be entrepreneurs themselves, preferably successful ones who learned from their mistakes. They need to be patient, action oriented, direct, supportive and most of all, not expect to be compensated. Mentors should do it for the love of helping others be successful.

One of the most successful mentor programs I know is the National Lemonade Day program. The tools and resources they provide for kids wanting to learn how to start, operate, and own their own business are a great way for children to learn what its like to be an entrepreneur and the importance of mentorship. I hope that more communities participate in National Lemonade Day next year and also identify mentors for the next generation of entrepreneurs.

Where can entrepreneurs look for mentors? They can start by looking at this month’s Top 10. There is also the MicroMentor which is a free easy to use social network that allows entrepreneurs and volunteer business owners to connect. And for those entrepreneurs that just want to ask general questions electronically, you should check out our latest resource, Mentor’s Corner, where you can find questions about startups and answers from some pretty successful entrepreneurs from all over the country.

And don’t overlook anybody or anything. Even cats. They never ask dumb questions.